On July 14, the European Union announced new targets for cutting emissions, detailing how the bloc will meet them. Climate campaign groups and The European solar industry have urged the EU to increase its renewable energy targets.

The EU aims to cut emissions by 55 per cent from 1990 levels in 2030 to net zero by 2050. The package, known as Fit for 55, includes 12 policy proposals that are aligned with EU climate and energy legislation.

Changes will be made to the EU’s renewable energy directive, which currently aims for renewables to account for 32 per cent of Europe’s energy mix by 2030 and is expected to increase that to 38-40 per cent.

But SolarPower Europe(SPE), a trade body, has called for a minimum of 45 per cent. SPE believes this will put the continent on track to meet the 1.5° temperature target of the Paris agreement.

SPE said the 45 per cent renewable energy target “will provide policy and investor confidence to drive the development of additional projects needed”.

The knock-on effects of solar PV development are significant: under the 40% target, SPE expects 660GW of solar to be developed across the EU; With a 45% target, it is expected to be 870GW.

Miguel Herrero Cangas, POLICY advisor at SPE, told PV Tech: “What we are seeing is that these growing ambitions are leading to a huge increase in potential development in 2030. Clearly, the electricity generated, the jobs created and the support for local industry in Europe are all linked to this.” 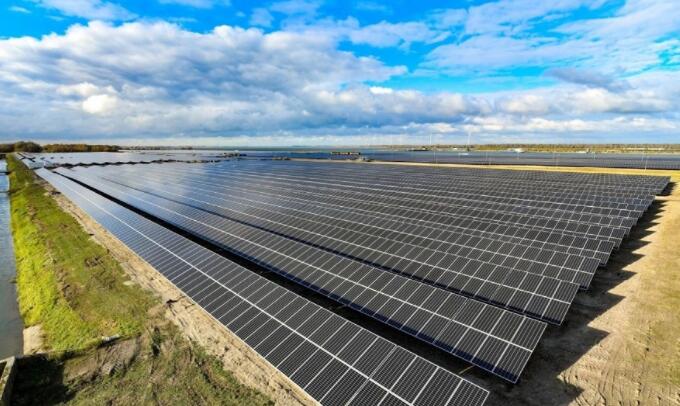 Driven by pv cost competitiveness, SPE believes that the EU is likely to exceed the solar targets currently included in member states’ national energy and climate plans. By 2030, the EU will have developed 588GW of solar capacity, 75 per cent more than currently envisaged in all national energy and climate plans combined, the association’s medium-term scenario predicts.

Meanwhile, the European Climate Action Network called on the EU to increase the share of renewable energy in final energy consumption to at least 50 percent by 2030. The climate campaign group welcomed the 55 per cent target, but is pushing for the adoption of a target of at least 65 per cent by 2030.

“Only such a substantial reduction would represent the EU’s fair contribution to achieving the goals of the Paris Agreement.”

Other policy recommendations made by SPE include amending the Energy Efficiency Directive to improve energy system efficiency by accelerating the electrification of supply and demand based on renewable energy. SPE also called for a revision of the ETS directive to boost the carbon price in the power sector and accelerate the clean energy transition.